Backstage made its way to the center stage last week in Detroit, as maintainers, contributors, and adopters deepened their relationship and shared their excitement about the framework with the wider Cloud Native community.

During the first conversations about setting up a Backstage-exclusive conference, the CNCF event organizers said we could aim for 50-100 attendees because it’d be the first time. Well, BackstageCon ended up being the largest co-located event at KubeCon + Cloud Native NA 2022 with 150+ attendees!

The event was co-hosted by Suzanne from Spotify and Martina from Roadie. They did a fantastic job at curating the line-up, all talks are available on Youtube so check them out! 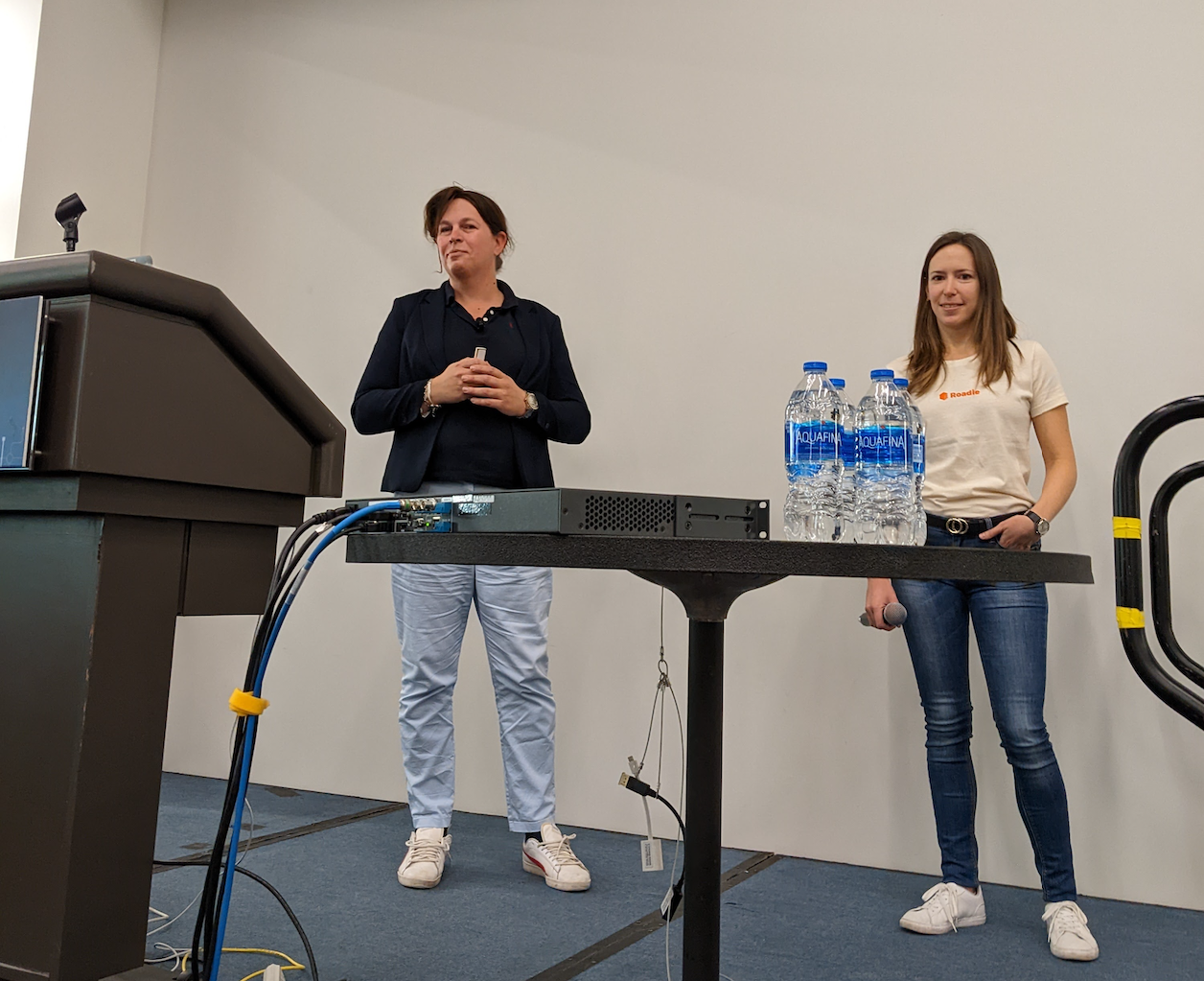 Roadie had a very orange table at BackstageCon, where we greeted everyone. 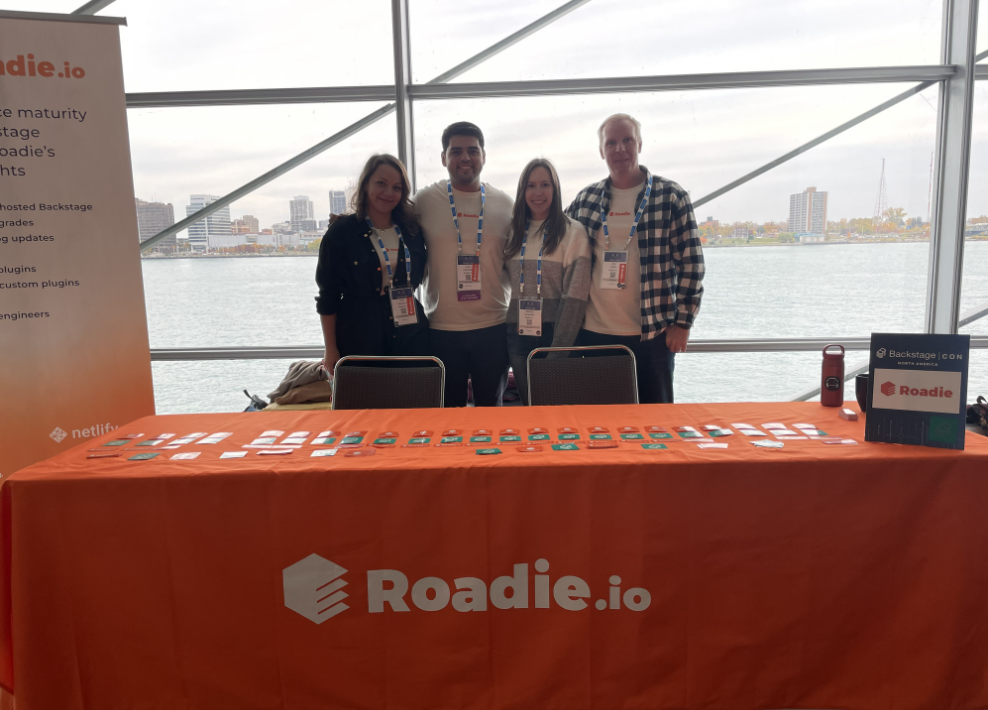 Of course, we enjoyed hanging out with each other after the conference. Here’s a picture of Roadie having dinner with Spotify folks, including the Backstage maintainers we all love. 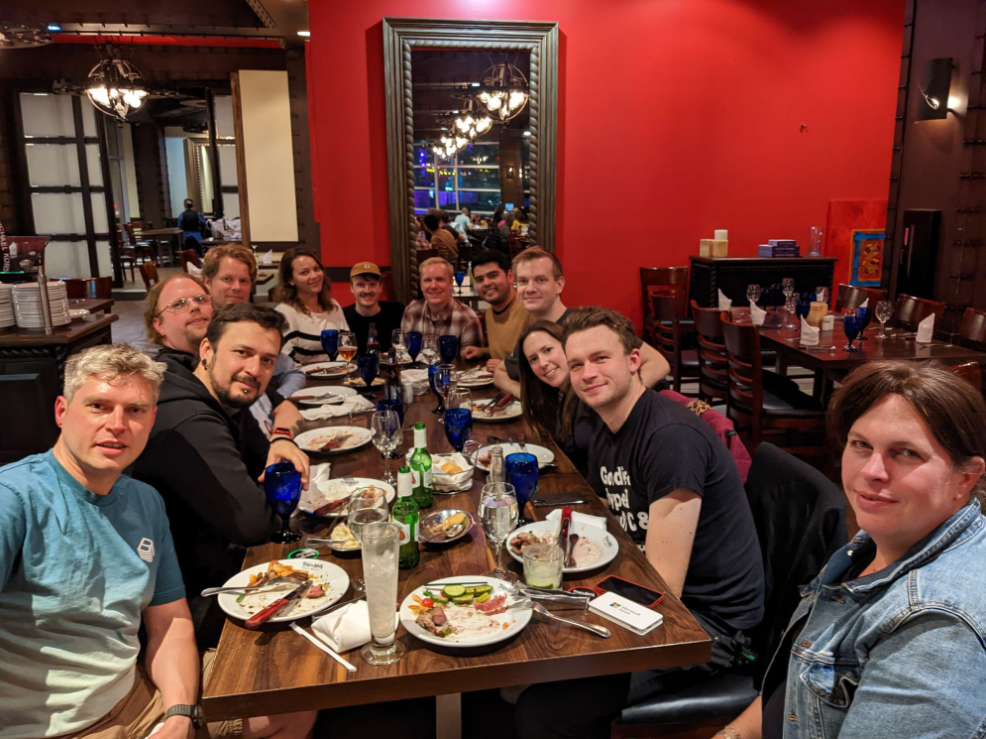 At first, a 4-hour meeting to talk about Backstage seemed a bit much. But once we got started, it turned out to be enough to only scratch the surface on topics like the sources of truth for the Catalog, frontend performance, maintainership, and adoption challenges. Having adopters, maintainers, and partners in the same room made ideas flow endlessly and lead to actionable tasks to make it easier to adopt and contribute to Backstage in the near future.

In the evening, Frontside and Roadie had what is, without doubt, the best food anybody attending KubeCon enjoyed, at Yemen Café. 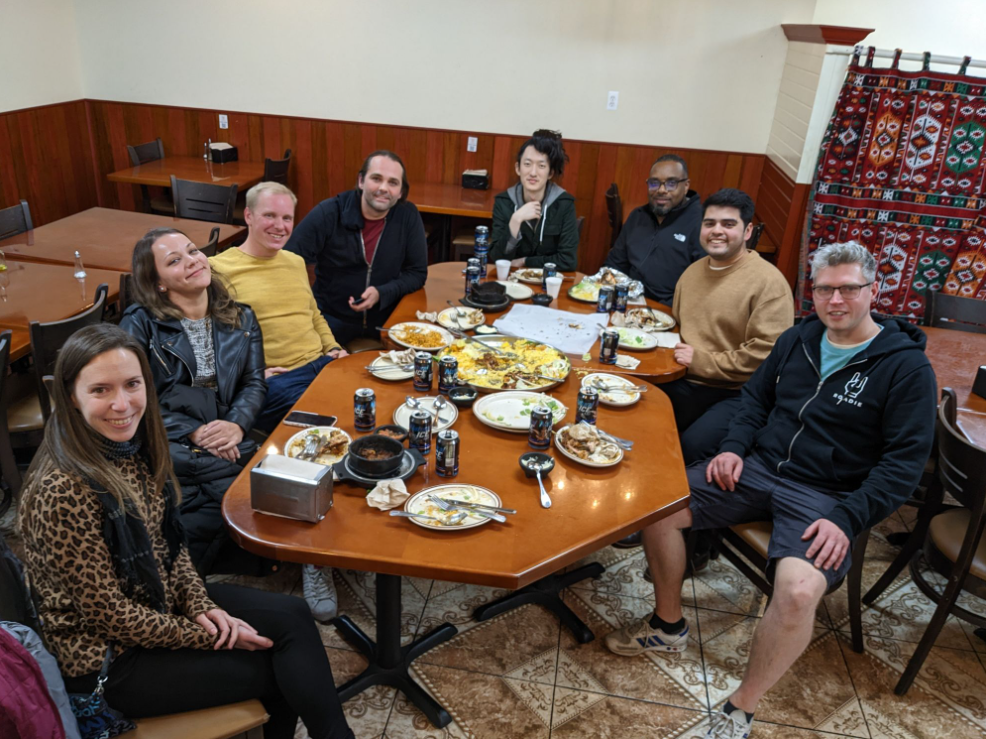 Roadie had a booth at KubeCon, where we explained Backstage and how we offered a managed version to people attending the event. We also were giving away organic cotton Backstage t-shirts, hand-printed in Barcelona. We heard they were the best t-shirts of the conference in terms of comfort! 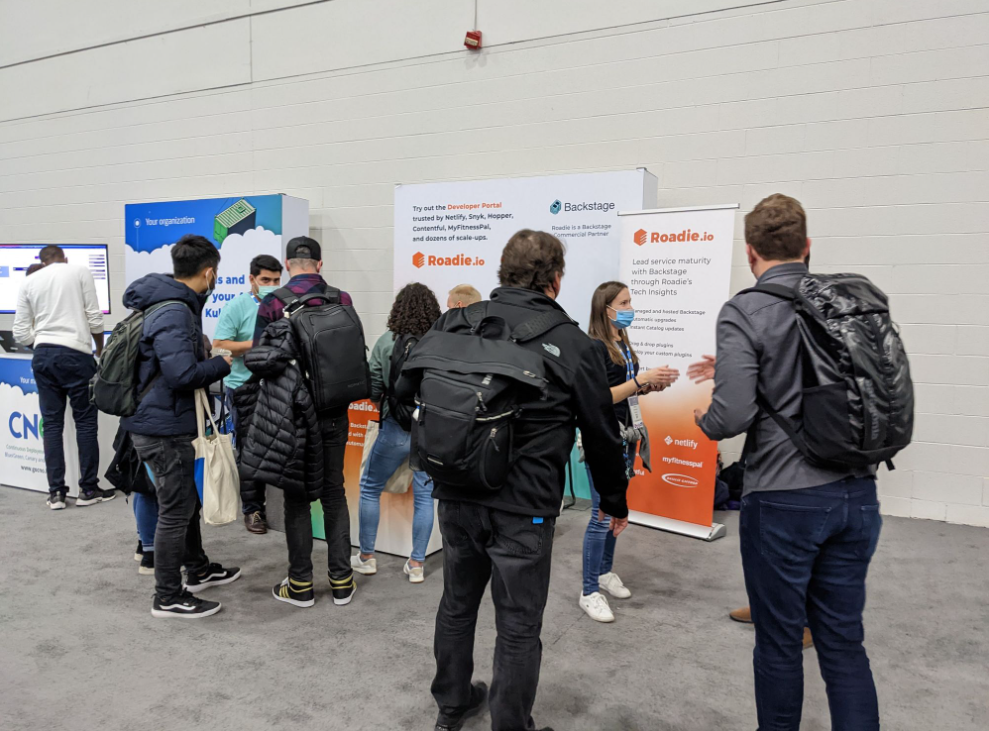 We had the wonderful chance to meet and talk with our customers attending the event. Here we are with MyFitnessPal: 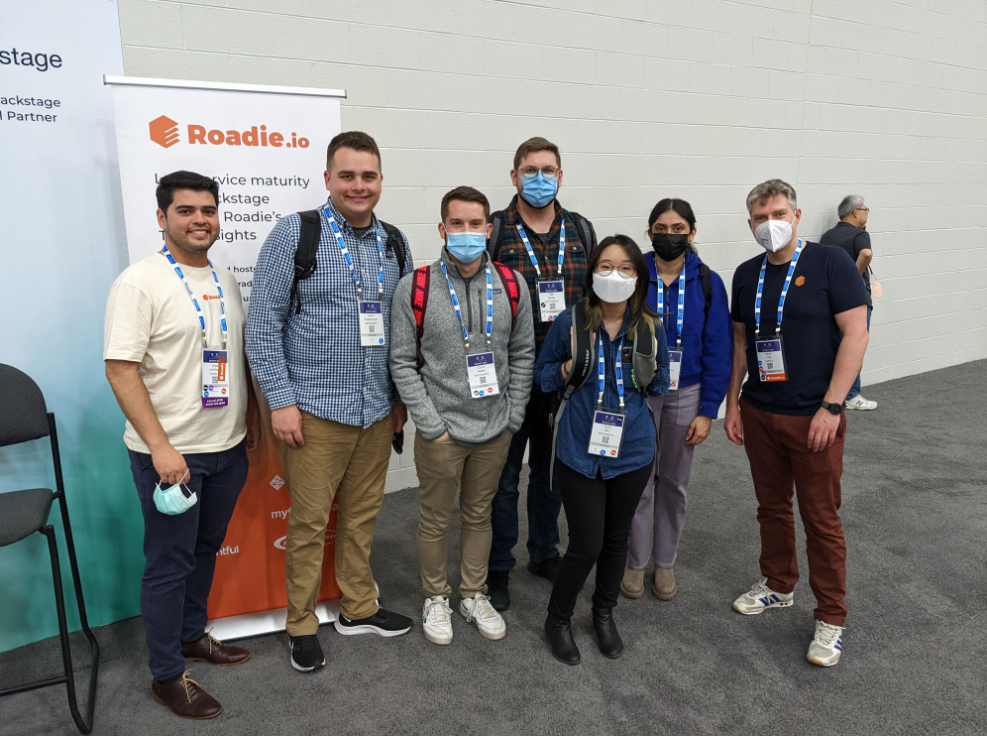 See you next time!

We all had a blast last week in Detroit and aligned on how to take Backstage further as it gains popularity. Next KubeCon is in Amsterdam from 17th to the 21st of April, 2023. Hope to see you there!